Another Record Year for Synergy WorldWide

Synergy is a company on the move!

Its continued growth and commitment to excellence makes it a dynamic company that is competitive in both the health supplement and network marketing industries. 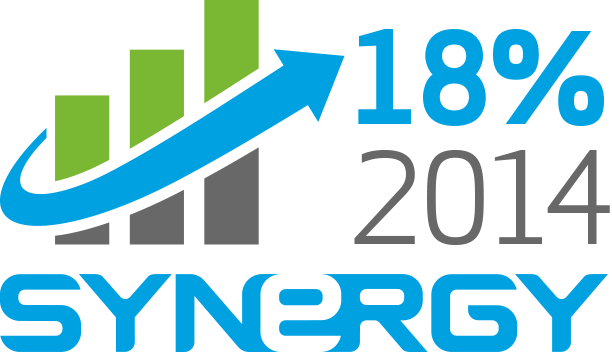 We are proud to announce that during the 2014 fiscal year, Synergy experienced record-breaking growth! Synergy’s sales dramatically increased by approximately 18.3% according to Nature’s Sunshine Products’ fiscal year-end report—an accomplishment that can be attributed Synergy’s leadership and Team Members all over the world. Synergy’s Japan and South Korea markets had an especially monumental year, and much of Synergy’s success in 2014 is owed to their teams’
incredible efforts.

Synergy’s Team Members are the lifeblood of the company and we are proud to have shared this year with such talented and hard-working individuals. Every successful year with Synergy is made possible by the daily business dealings of its Team Members in the field who are spreading Synergy’s vision of superior health, financial freedom, and an overall higher quality of life.

“We are honored to be represented by such an enthusiastic network of individuals who are committed to making a positive difference in both their own lives and in the lives of those around them,” said Dan Norman, President of Synergy WorldWide. “Our growth in 2014 is proof that Synergy’s potential has no boundaries, and we are confident that Team Members all over the world will continue raising the bar.”

Team Member dedication, coupled with remarkable leadership, exceptional events, new product launches, and a mission to Leave a Legacy, made 2014 a year to remember.

Congratulations on a successful 2014 and we look forward to seeing what we are capable of accomplishing together in 2015.