When 23-year-old Jared Chadburn took the plunge and became a Synergy Team Member 4 months ago, he never thought he’d advance so quickly in the business. He hit Team Leader in December 2014 and hopes that the goals he has set for himself since will propel him toward qualifying for Leadership Academy in July.

After attending a number of trainings and engaging in multiple inspiring conversations with his sponsor Brent Burnett, Jared felt he would have the support he needed to try his hand in the direct selling industry. He has found that his character strengths are accentuated as a Synergy Team Member. Jared thoroughly enjoys initial contacts—learning people’s stories and what makes them tick. By engaging with people and showing his genuine interest in their lives, he has been able to build his Synergy team.

Jared is one of more than 100 people who are currently embarking on the SLMsmart 90-day Challenge journey. Looking healthy and feeling healthy are completely different things, Jared said, and his journey with SLMsmart is all about feeling healthy, improving his stamina, and having more energy.

“I have a lot of friends who work at organic stores, but practice unhealthy behaviors on the weekends,” Jared said. “My purpose in this is creating a healthy way of life.”

Synergy helps Jared maintain more than just his physical health, it pushes him to concentrate on his social health. He said the daily interactions he has with acquaintances and friends about health, wealth and setting goals, is uplifting and rewarding. He hopes to be a positive force in the lives of dozens through Synergy.

“There are people who make it happen, people who watch it happen, and people who wonder what happened,” Jared said. “You lead, follow or get out of the way. The way you treat people will mirror which of these you are, but you have to have massive action. It’s valuable to me to have this on a resume and tell a future employer that I don’t need to be told what to do to know what to do.”

Jared’s fast-growing success proves that anyone in any age group with the right attitude can create their own success, and Synergy WorldWide is the perfect avenue to do just that. 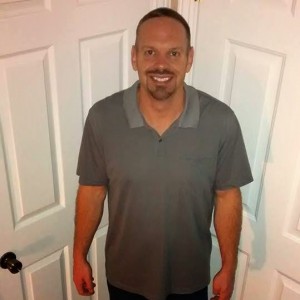 In the last three years, Nathan Fowers turned his life upside down—in a good way. He has worked tirelessly to overcome some of his own mental and physical challenges to not only become a Synergy Team Leader, but a happier, healthier human being. Those who knew Nathan before his inward and outward transformation may not even recognize him now.
Nathan, who was once introverted and afraid to approach people he didn’t know, sponsored four people with Synergy in September after joining the company in August. Thanks to the training he received from his sponsor Brent Burnett, Nathan continued to improve in 2014, signing up 8 people in November and 16 in December.

“Everything seems scary before you do it,” Nathan said, “and it’s scary while you do it, but if you do it anyway it becomes less scary. I started with my family because that wasn’t scary, then I started going to friends and then people I didn’t know. Something turned on after a training I went to and I was hungry for success.”

During his metamorphosis, Nathan lost 55 pounds by committing to a healthier lifestyle and his journey toward optimum fitness is continuing with the SLMsmart Challenge.

“I want to take my health to the next level,” he said. “I want to see what SLMsmart can do for me, get as strong as I can, and strengthen all of my weak areas.”

While Nathan may have not have the stereotyped personality of a salesmen, his sincerity and concern for others plays to his benefit in a big way. Nathan’s sponsor tells him that he is the guy who helps people find what they are looking for. Now, Nathan is completely focused on qualifying for Leadership Academy in Park City by maintaining the Team Leader title a second time or rank advancing to Team Manager before the end of June.

Congratulations, Jared and Nathan! We’re excited to see what the future holds for you.