Synergy celebrated a new office opening in the Gotanda area of Tokyo, Japan on February 9th, 2017. 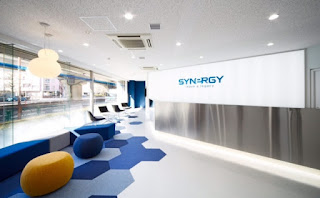 The official opening ceremony was attended by a fantastic crowd consisting of over 150 Team Leaders, as well as media staff and special guests. Ben Magalei, Synergy Vice-President and Japan’s General Manager, led the ribbon-cutting ceremony and was delighted by the excitement shared by everyone involved. 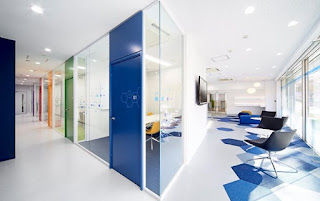 “The new office opening was not only a new beginning, with a new Synergy brand and Elite Health direction, but a celebration of our success in Japan,” said Ben. “We look forward to a bright future and making continual growth and history in our new home in Gotanda.” 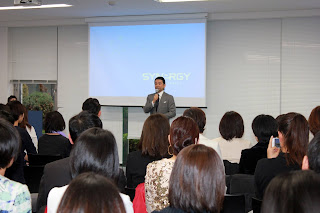 Following Ben’s speech about the mission of Synergy and the importance of the new office, Presidential Executive Takashi Oda represented the Team Member community by thanking the company for their support and for the new office. “The office is almost twice the last office,” said Oda, “making it easier to build a Synergy business.” 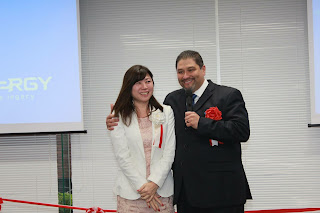 The ceremony transformed into an even greater party as the crowd happily celebrated the birthday of Pearl Executive Yumiko Murashima, who joined Ben and the others in cutting the ribbon. Happy Birthday Yumiko!

Synergy WorldWide is committed to helping the people of Japan transform lives by providing the most innovative and highest quality health solutions. We are pleased to see the growth and success of Team Members in that country and we look forward to more great things to come!