The Synergy WorldWide/Nature’s Sunshine’s Medical and Scientific Advisory Board (MSAB) combines a diverse range of world-renowned experts. Each member of the MSAB is recognized as a leader within his or her respective field. These are medical professionals who maintain active practices, researchers who publish ground-breaking discoveries, and scientists with a history of cutting-edge, innovative product development. Their varied background and experiences offer a unique blend of knowledge that provides valuable insight into current and emerging science and strengthens Synergy’s commitment to be the world’s premier health, wellness and lifestyle company. Their expertise drives discovery and innovation in the development of revolutionary products that help to transform lives throughout the world.

See below for individual Bios. 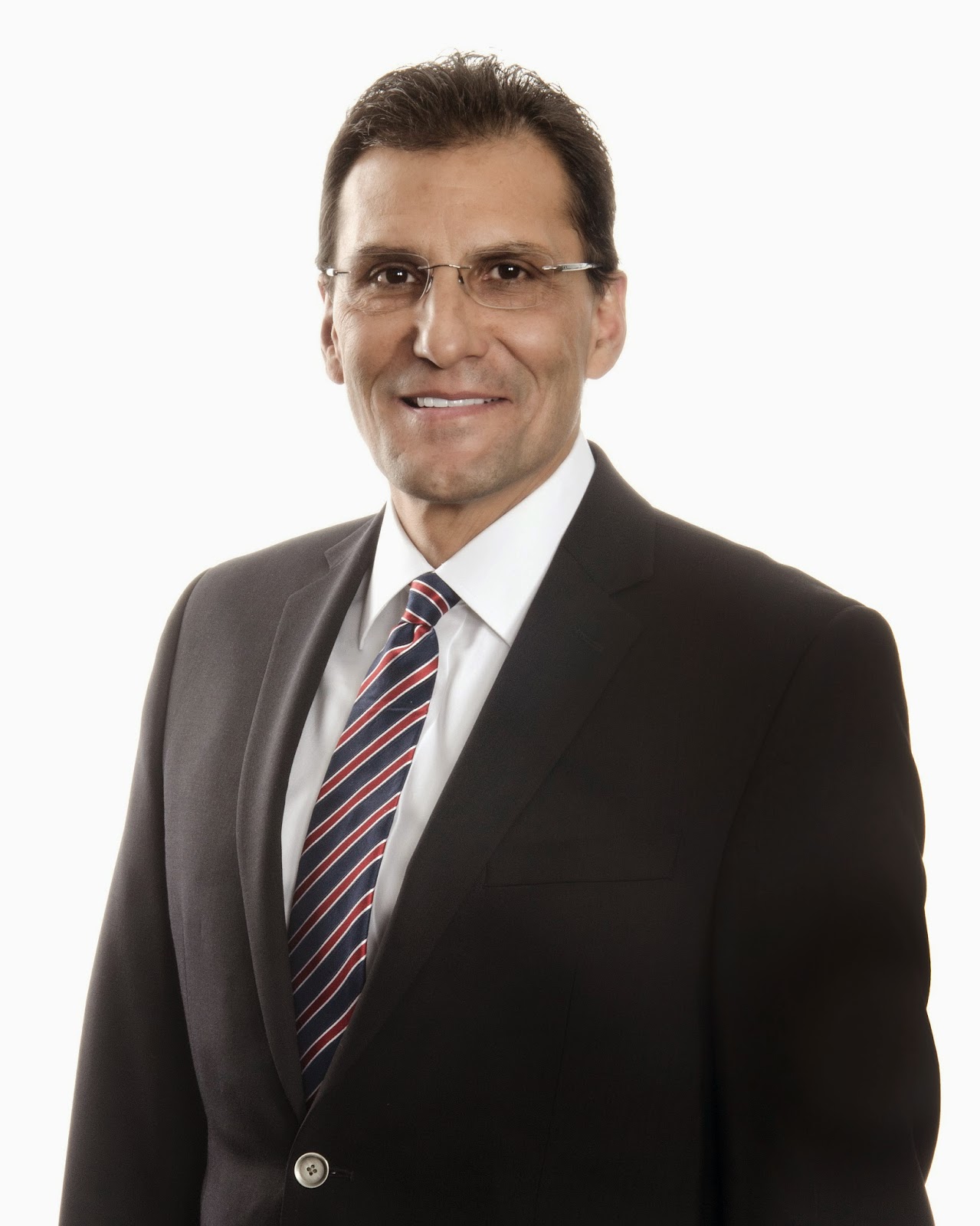 Luis N. Pacheco, M.D., is an Emmy Award-winning doctor and one of the most widely recognized physicians in the U.S. Latino community. He is board-certified in family medicine and has an active medical practice in Southern California. Dr. Pacheco serves as Clinical Associate Professor at the Keck School of Medicine in the Department of Pediatrics at the University of Southern California.

Affectionately known as “Dr. P.,” Pacheco has been recognized repeatedly for his medical excellence. He received a Certificate of Added Qualification (CAQ) in Sports Medicine and is a Fellow of the American Academy of Family Physicians. He was selected as Outstanding Teacher at the USC School of Medicine. He received Congressional recognition for his work with the American Youth Soccer Association (AYSO). And he has received accolades from The American Diabetes Association.

Dr. Pacheco completed his residency in Family Medicine at USC. He earned his doctorate degree from Central University in Puerto Rico and performed his clinical clerkships at Harvard, Tufts and Boston Universities. He received his bachelor’s degree in Biology from Columbia University. 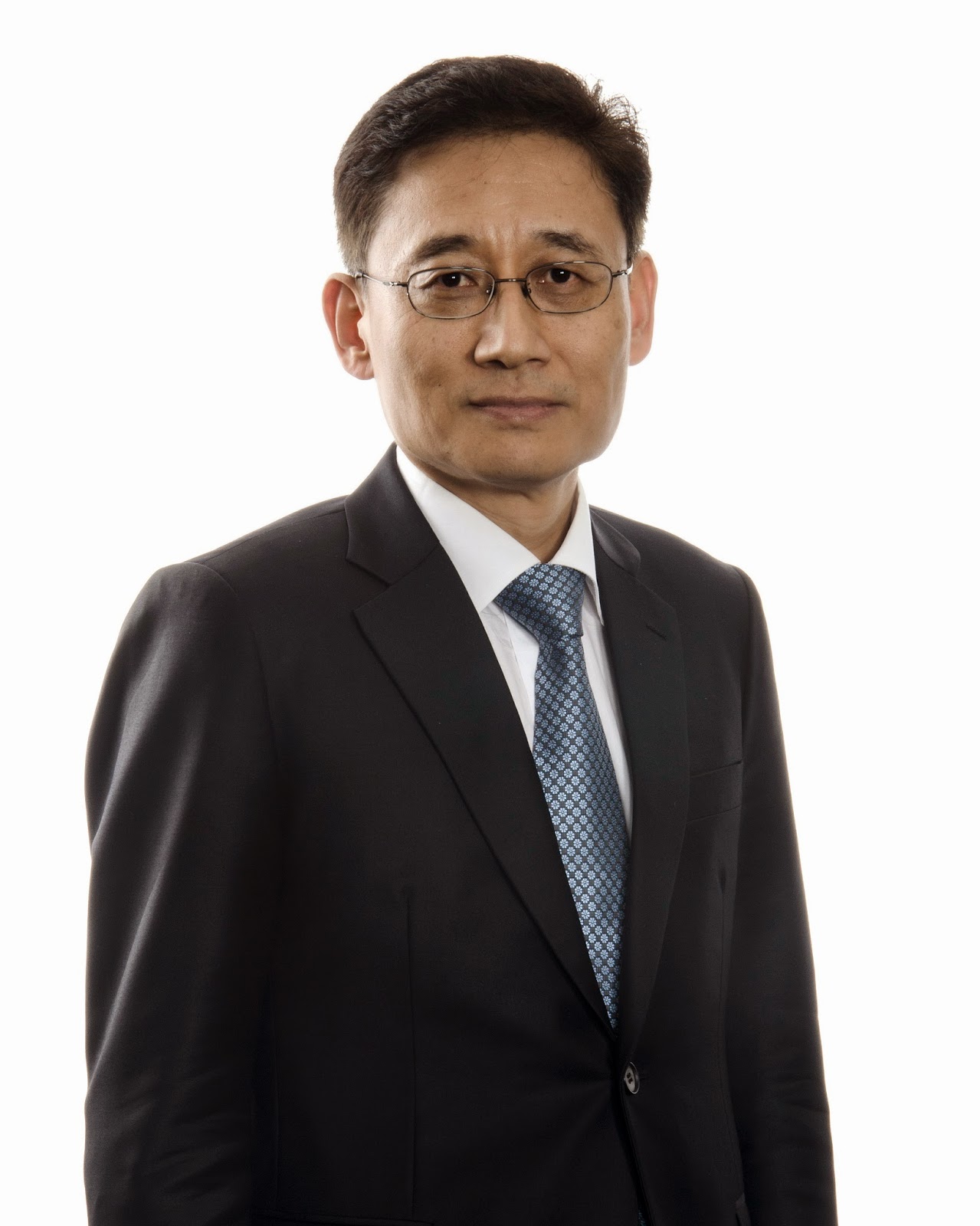 Sang Geon Kim, Ph.D., currently serves as Vice Director of the Research Institute of Pharmaceutical Sciences at Seoul National University in Seoul, Korea. He is also the Director of the Innovative Drug Research Center for Metabolic and Inflammatory Disease (IDRC) at Seoul National University and maintains a professorship in the College of Pharmacy at the university. In addition, he sits on the Toxicology Advisory Board for the Korean Food and Drug Administration. Kim has conducted extensive research studying the molecular biology and underlying principles (including dysregulated kinase signal transduction pathways) implicated in metabolic dysfunction leading to illness, an area of particular interest to Nature’s Sunshine Products’ (“NSP”) research and development.

Dr. Kim’s accomplishments are many. In 2010, he was honored by the President of the Republic of Korea, Ministry of Health and Welfare. Earlier that year, he was named the Scientist of the Month by the Ministry of Science and Education. He also received the Best Pharmacologist Award from the Korean Society of Pharmacology in 2008. Dr. Kim’s work has been published in peer reviewed journals over 200 times. 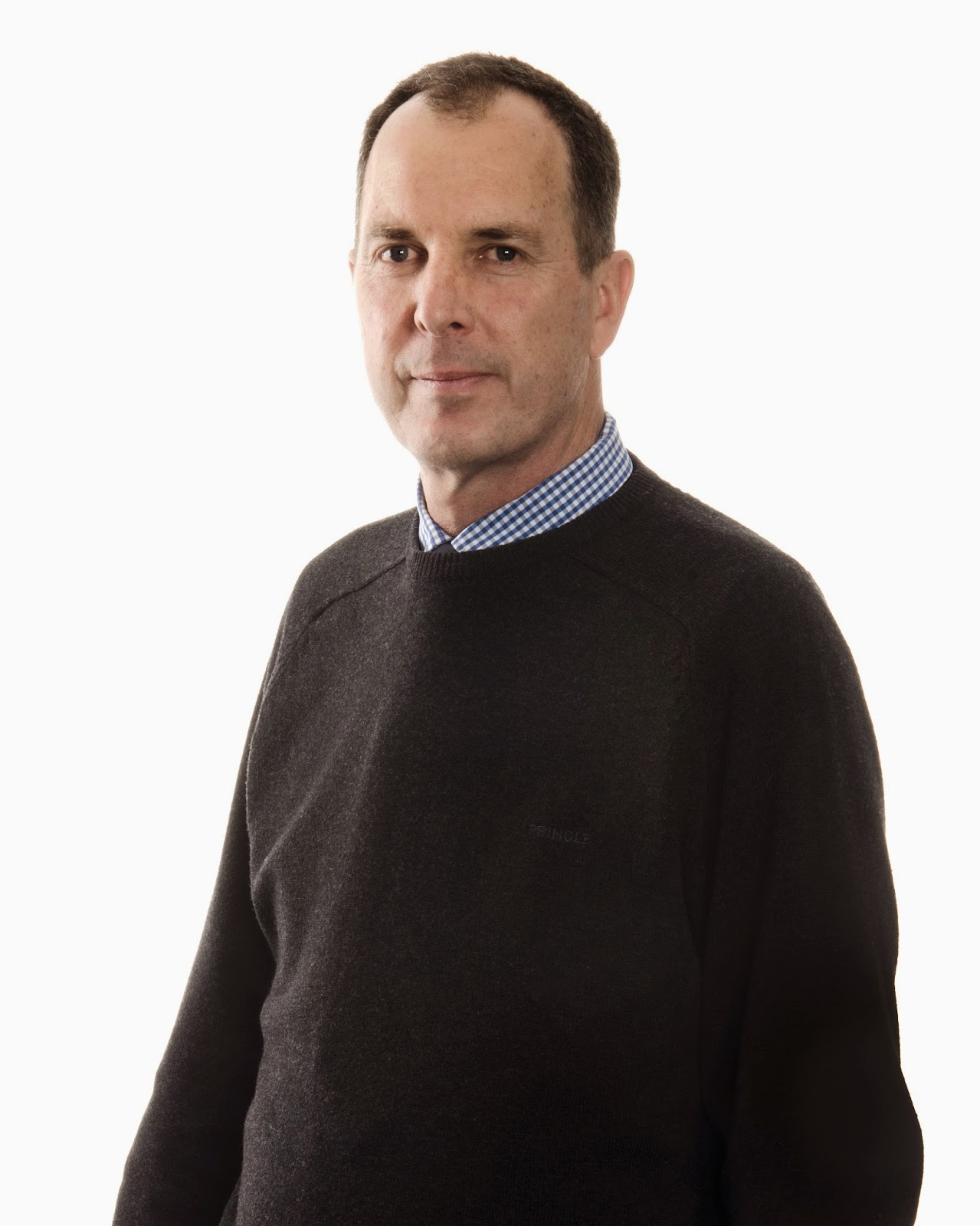 Nigel Gericke is a medical doctor, ethnobotanist and ethnopharmacologist specializing in documentation, discovery, innovation and unique product development from medicinal and food plants. He has a particular interest in phytochemicals that impact the central nervous system and in finding solutions for tropical diseases including malaria.

Dr. Gericke has conducted extensive research on indigenous African plants for over two decades and is an expert specializing in  their use as botanical foods and medicine to development and commercialization, isolating active compounds, examining molecular biology and directing clinical studies validating plant safety and efficacy.

Dr. Gericke holds several patents in both the US and other countries for the use of various plant compounds and extracts. He has written books and contributed to the African Herbal Pharmacopoeia. His research has been circulated by many prestigious publications, including Neuropsychopharmacology, Journal of Alternative and Complementary Medicine, Planta Medica, Biochemical Systematics and Ecology, Journal of Botany and the Journal of Ethnopharmacology. He has presented his findings all over the world.

Dr. Gericke studied at the University of the Witwatersrand in Johannesburg, South Africa and graduated with an M.B.B.Ch. in 1984. He also holds undergraduate degrees in botany and zoology from the same university.
Hani C. Soudah, M.D., Ph.D.

Dr. Soudah has spent many years in specialized research and training. His findings have been published in several prestigious scientific journals, including The New England Journal of Medicine, Gastroenterology, The Journal of Pharmacology and Experimental Therapeutics, The American Journal of Physiology and more. He has presented his findings all over the United States and in Germany and Belgium.

Dr. Soudah completed his internship and residency in internal medicine at Barnes Hospital at Washington University School of Medicine. Prior to this, he completed a post-graduate research fellowship in the Division of Gastroenterology in the Department of Internal Medicine at the University of Michigan in Ann Arbor. He completed rotating internships in Medicine and Surgery at the University Medical Center Hamburg-Eppendorf and Altona General Hospital in Hamburg, Germany, where he had previously earned his undergraduate degree. Dr. Soudah also holds a Ph.D. in Medicine from the University of Hamburg, Germany School of Medicine.
William J. Keller, Ph.D. 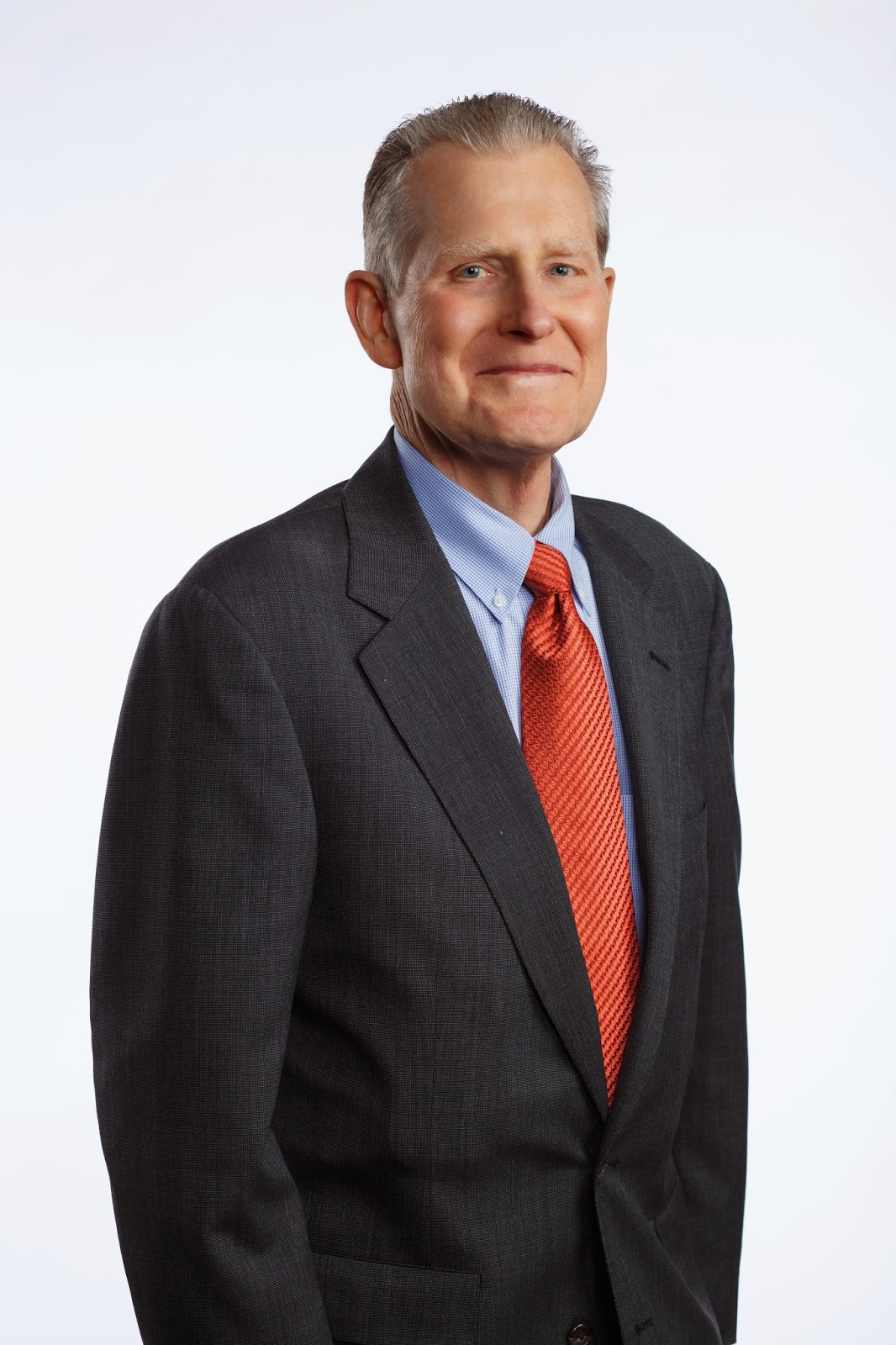 Dr. William J. Keller began working for Nature’s Sunshine in April 2001 as the Vice President of Health Sciences and Educational Services. He has led the efforts of this department for more than a decade and currently serves as the Chief Scientific Resource Officer at Nature’s Sunshine Products (NSP).
Prior to NSP, Dr. Keller has:

• served as Secretary for the American Society of Pharmacognosy
• been a member of the Board of Trustees for the American Herbal Products Association
• served on the Dean’s Advisory Board for the Colleges of Pharmacy at Texas A&M University and Idaho State University
• served as the Chair of the Department of Pharmaceutical Sciences at the McWhorter School of Pharmacy at Samford University in Alabama
• served on grant review panels, editorial boards and as a manuscript referee

Dr. Keller worked for almost 30 years as a professional pharmacist in three different states. He has done extensive teaching at the Schools of Pharmacy at both Samford University and Northeast Louisiana University. His research has been published over 50 times in prestigious journals including the Journal of Natural Products, Pharmaceutical Biology, Phytochemistry, the Journal of Agricultural and Food Chemistry, and many others. 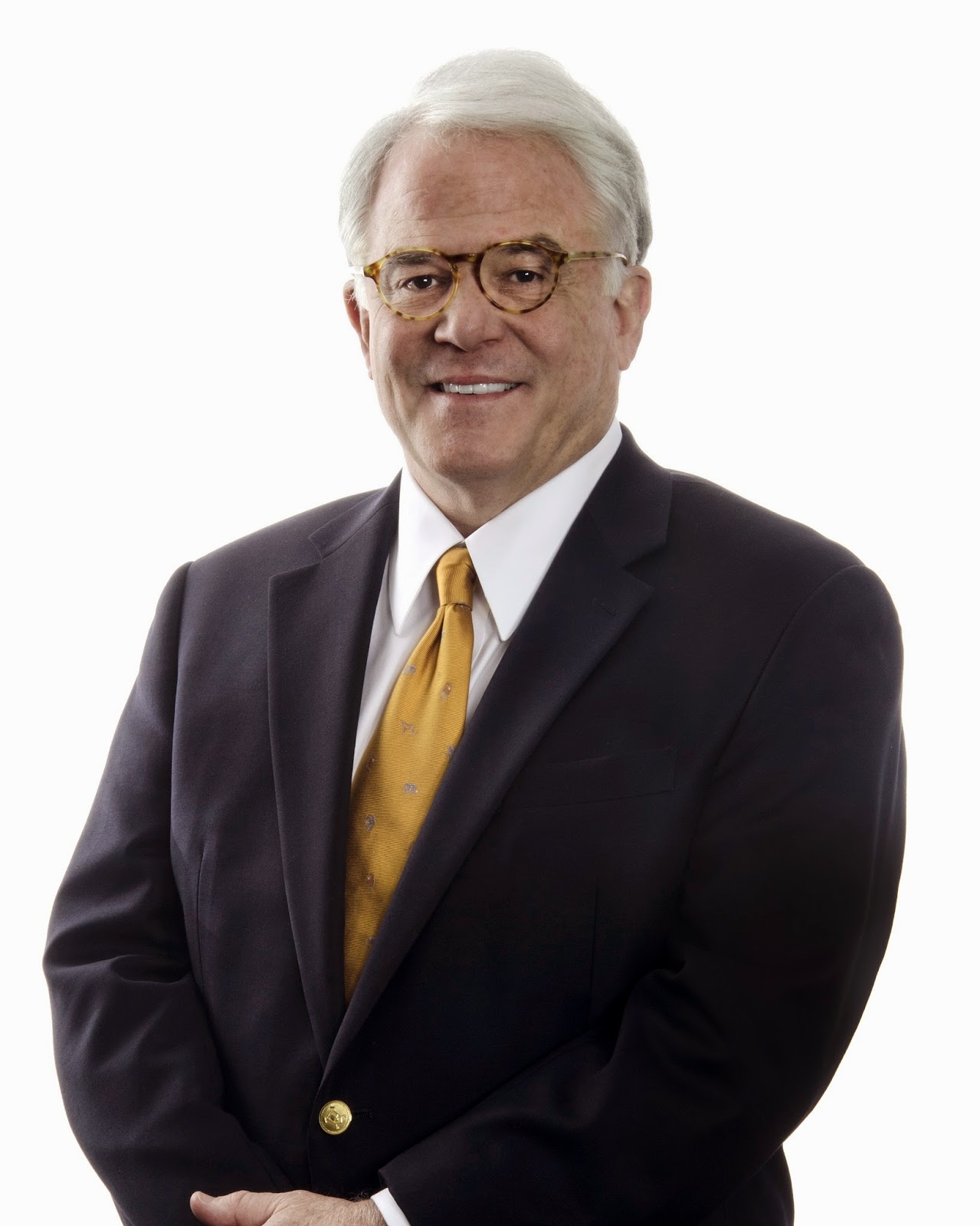 Dr. Ingrum W. Bankston is a board-certified urologist and practicing surgeon at the Tuscaloosa Urology Center in Tuscaloosa, Alabama. His pre-launch work on NSP’s Equolibrium™ product was invaluable. Using Equolibrium with his male patients in his practice helped NSP better understand exactly how the product performs.

Dr. Bankston currently serves as an Assistant Clinical Professor for the Department of Surgery at the University of Alabama and has served as President of the Alabama Urological Association since 2006.

Dr. Bankston received his medical degree from the University of Alabama at Birmingham (UAB) where he also completed his undergraduate degree. He completed his internship in general surgery at the Ochsner Foundation in Louisiana and did his residency work at the UAB Division of Urology.