Hakan Cetin, one of Synergy Europe’s most influential leaders, has taken has business one step closer to Presidential Executive and is Central Europe’s first-ever Diamond Executive. Hakan found network marketing at the age of 25 as he was eight semesters into his studies at Dortmund Technical Institute for Chemistry. He was hoping to find a financial path that would give him the flexibility to enjoy his life rather than work his life away. He joined three companies that are now out of business.

Just as Hakan was deciding to end his career in network marketing for good, his friend and sponsor William Martin was calling him again and again to share the Synergy WorldWide opportunity. Hakan finally listened to William’s proposition the sixth time he called and was intrigued by what William had to say. Upon learning about Synergy’s stability and strong partnership with Nature’s Sunshine, he decided to activate. One week after becoming a Synergy distributor, Hakan flew to the U.S. to meet his upline and sit down with Synergy Founder Dan Higginson.

“This meeting changed my life!” Hakan said. “I’m so thankful that William Martin gave me the opportunities he did. It has meant so much to me. Dan Higginson embodies the type of person that I admire.”

Hakan said he knew from his first week as a Team Member that Synergy WorldWide was special; that is was a company that could stand the test of time because of its values, philosophy and, of course, the amazing products. Hakan started a daily ProArgi-9+ regimen seven years ago and feels younger now than he has “in over a decade.” Seeing the impact Synergy products have in not only his life, but the lives of those he shares them with makes life fulfilling. Each new testimonial he hears confirms that Synergy WorldWide is here to stay.
He is convinced that Synergy can become one of the next billion dollar businesses in the network marketing industry because of its solid foundation.

“The time to start a business with Synergy has never been better,” Hakan said. “The future never looked brighter than today. We go from one record year to another record year.” 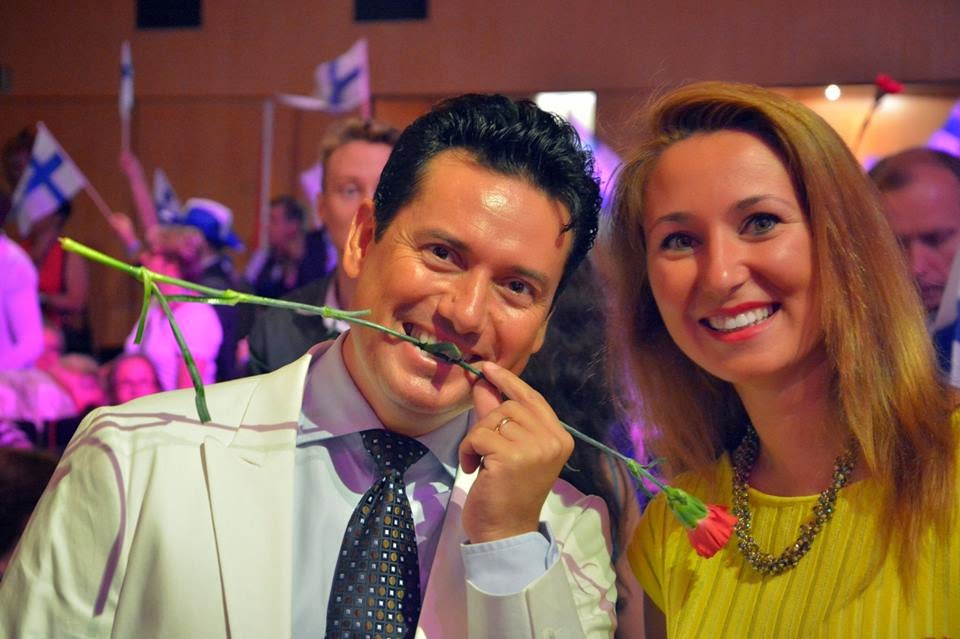 Hakan acknowledges the September 2014 launch of SLMsmart and e9 in Europe as it addresses two of the largest needs in the world – weight management and energy. “The results that Germany, Austria and Slovenia saw following the launch are directly correlated to these phenomenal products,” Hakan said, “but the momentum is just beginning.” He encourages all Team Members to really push themselves these next few months with the new products because amazing things are bound to happen.

The unwavering work ethic that Germany and Austria has showed this year, including Hakan’s tremendous team and their efforts, propelled Hakan to the Diamond Executive position. He thanks everyone in his network for helping him to this new level of success. He also credits his wife who is his biggest supporter for helping him achieve his goals and dreams. Though William Martin passed away in 2014, Hakan remembers him often and thinks about the drastic difference this man made in his life and the lives of thousands more.

“If you love what you do and believe in it, just keep going!” Hakan said. “If you have a strategy and a strong team behind you with the same goals, then success is only a matter of time.”

Hakan’s most recent goals have been far exceeded, he said, and he is very proud of the team in Central Europe overall which had 159 rank advancements in October 2014, including two Pearl Executives. His long-term goal is to help 10 people reach absolute financial freedom by December of 2016.

“Life has phases of failure and success,” Hakan said, “so don’t just throw in the towel when life is difficult. A better day is coming soon. Focus on strengthening your weaknesses rather than increasing the amount in your bank account and you will find that your income grows as you grow.”