The Activity Bonus Program is now starting its 5th month- and many Team Members across North America are working hard and earning the extra cash bonuses. By finding new customers and distributors, these Team Members are earning Personal Activity Bonuses month after month. Synergy WorldWide is delighted to recognize and reward them for these efforts.

“We’d like to give special recognition to Trudy Northcutt and Lee Edwards,” said North America’s General Manager Howard Hannemann. “Trudy has actually earned her DAB three months in a row! Way to go Trudy. You are setting a great example for all of us.”

“We’ve got to remember how important these duplication activities are,” continued Howard. “Duplication means so much more to a person’s business. It doesn’t matter what works— it only matters what duplicates. Finding new customers and recruiting new Team Members every month is basic. Helping those new Team Members in your downline to do the same thing? That’s what will make someone a leader. That’s what will create Synergy’s next Million Dollar Club member. Duplication is the secret to success. It’s tough, but it should be a goal for anyone that wants to see bigger numbers on their check. Make sure you are doing the activities that can be duplicated by each person in your group. Use the tools that are available.” 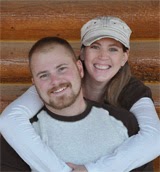 Her third consecutive month of earning a DAB! Trudy and her mother Kaye have caught the vision of the Activity Bonus Program and are making serious efforts to capitalize on it. As Kaye told Synergy back in March, “there is fun stuff going on right now in the business with these bonuses. Now is the time to sign up and get going.” 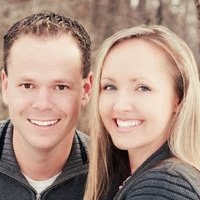 No stranger to achievement, Lee decided to stack his first DAB onto his third consecutive month of earning a PAB. “I wanted to make sure it was possible [to earn a DAB],” said Lee, “and it is possible, and it’s not an overwhelming task. I bet a lot of people are actually close to earning it without even realizing it. It just takes a little more focused effort to achieve it. Now I want to continue earning it from here on out.”

These Team Members are on a roll! Congratulations to all of these men and women for maintaining such valuable momentum and earning an ever-increasing bonus.

We congratulate those who earned these bonuses in May and we are especially excited for the success that lies ahead for those who continue these habits.