Three months ago, Synergy Founder Dan Higginson challenged one of his closest friends to a healthy weight-loss competition. That close friend is Dan Norman, President of Synergy WorldWide. The two Dans shook hands and put $1000 on the line to motivate each other to drop fat using the SLMsmart Health Shake. 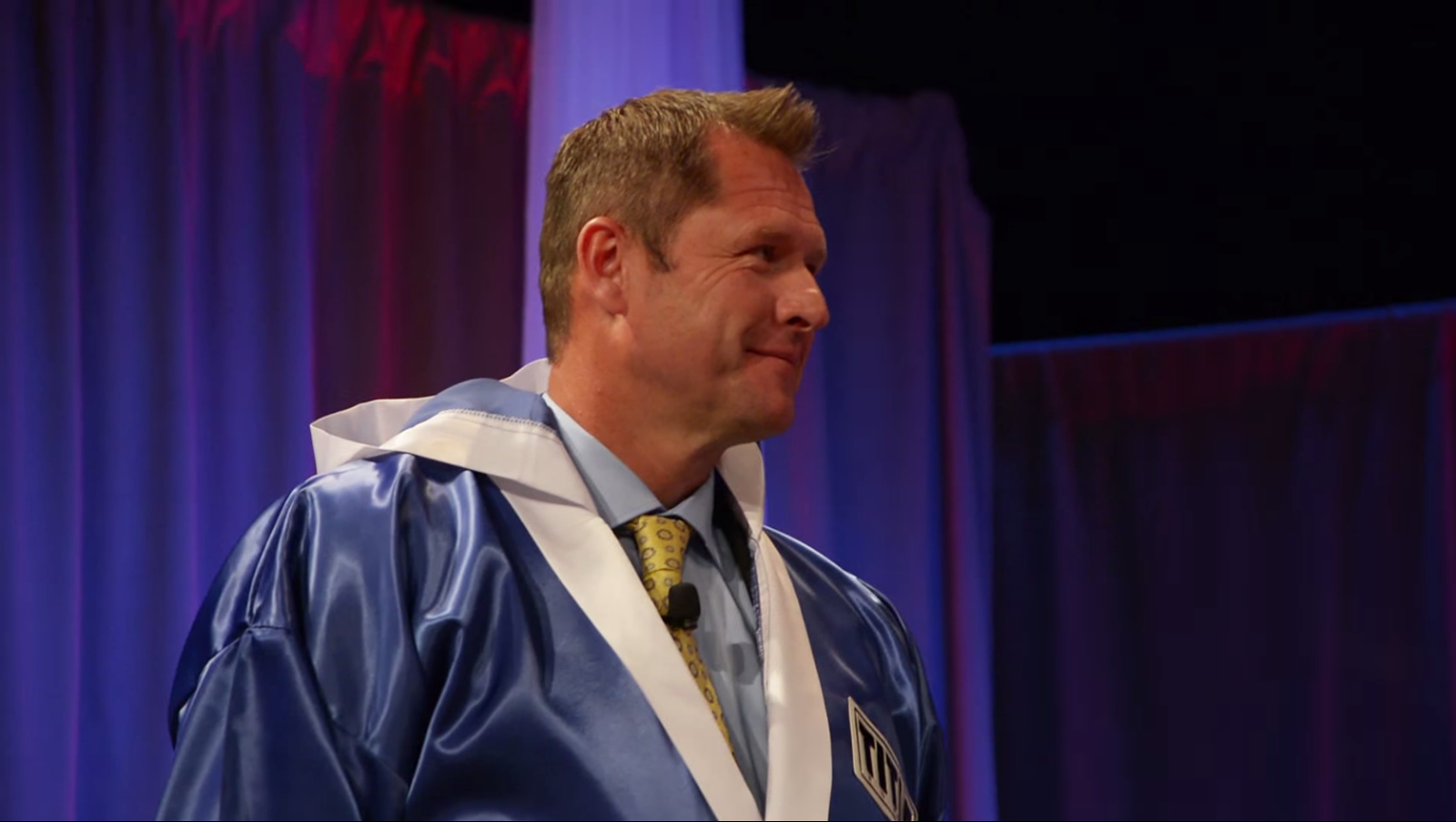 Each Dan started at over 250 pounds. Each faced a busy schedule filled with travel, business lunches and
opportunities to eat large amounts of food. Within the 90 day challenge period, neither Dan H. nor Dan N. starved himself. Neither adhered to a super-detailed, ultra-strict diet plan. Neither worked with a personal trainer. 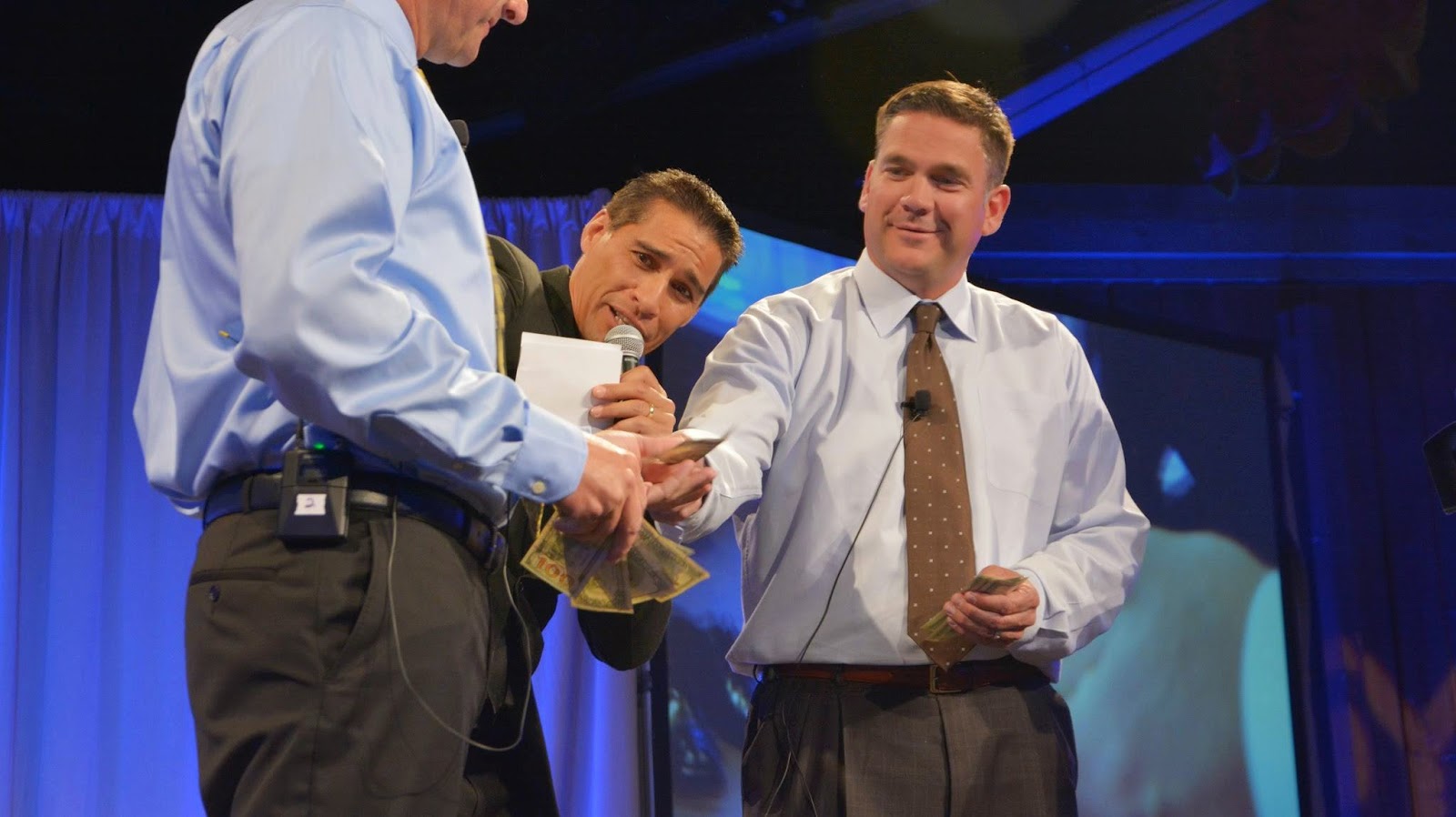 In front of over 300 Business Builder Conference attendees, each Dan removed his shoes and suit coat to step on the scale at the center of the stage. With a starting weight of 258 and a final weight of 214, Dan Higginson was declared the Official Winner of the Dan Vs. Dan Smart Switch Challenge!

Congratulations to Mr. Higginson, who lost a total of 44 pounds in 90 days! 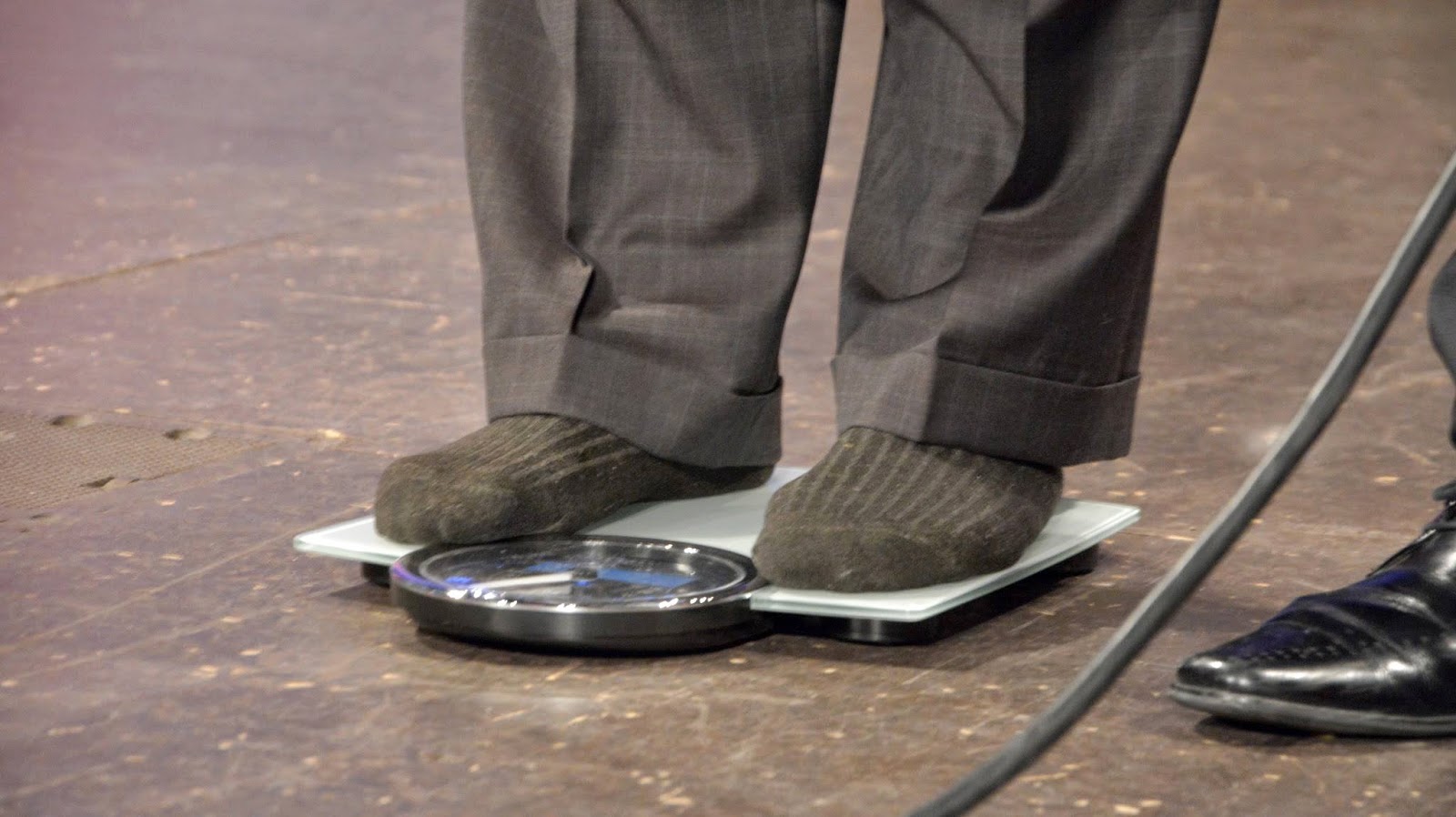 Though Dan Norman may have lost the bet, he was
all smiles as the scale showed that he had gone from 266 to 228, a total weight loss of 38 pounds. Right there on the conference stage, he took ten $100 bills from his pocket and placed them in Dan Higginson’s hand, one by one. 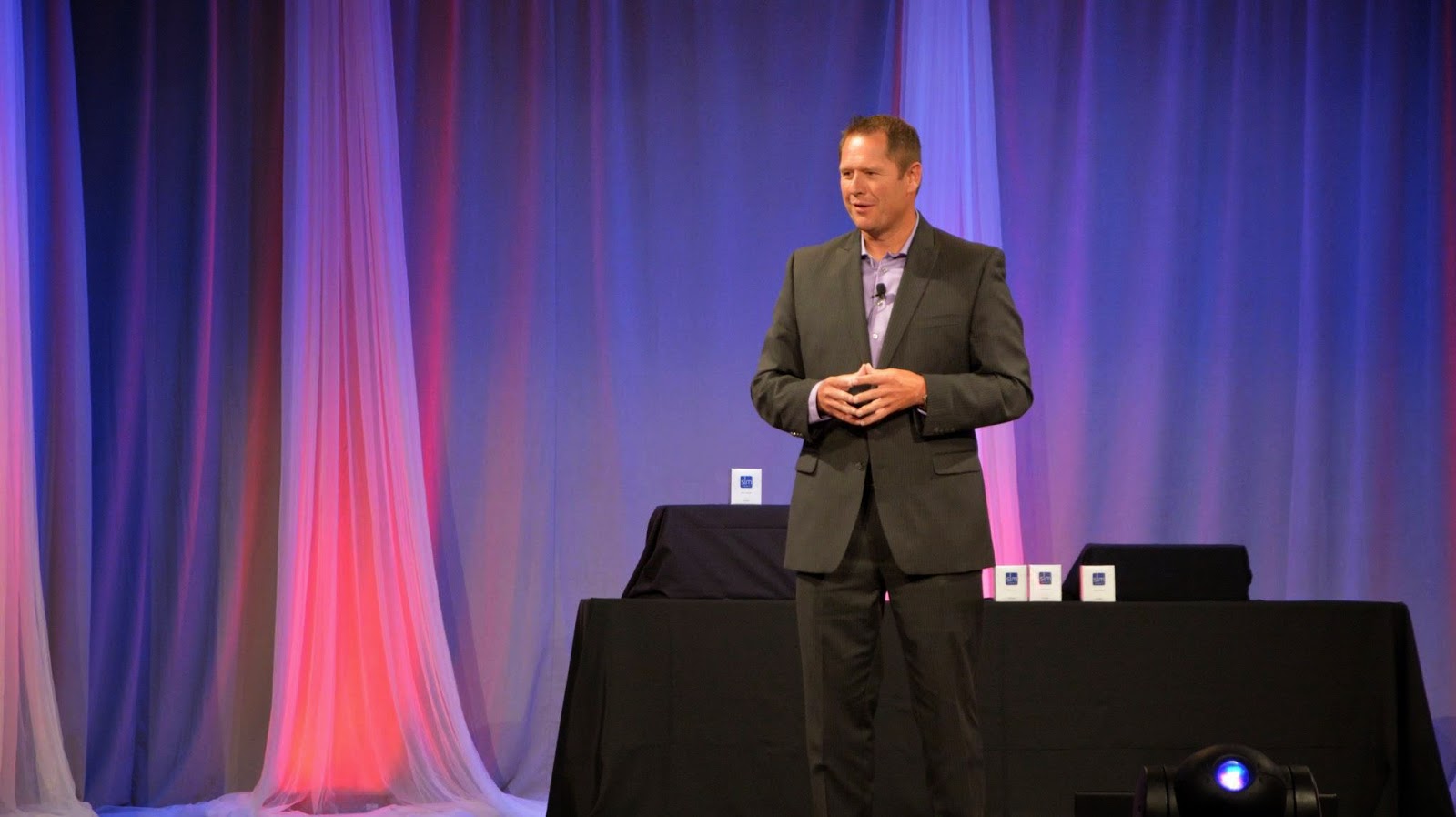 That money didn’t stay in his hand for long. In fact, it was soon shared with several people that were called from the crowd to join Dan and Dan on stage. These people were the top participants in the Smart Switch Challenge. They had regularly submitted challenge forms online and shared their progress with Synergy as they replaced meals with Health Shake. 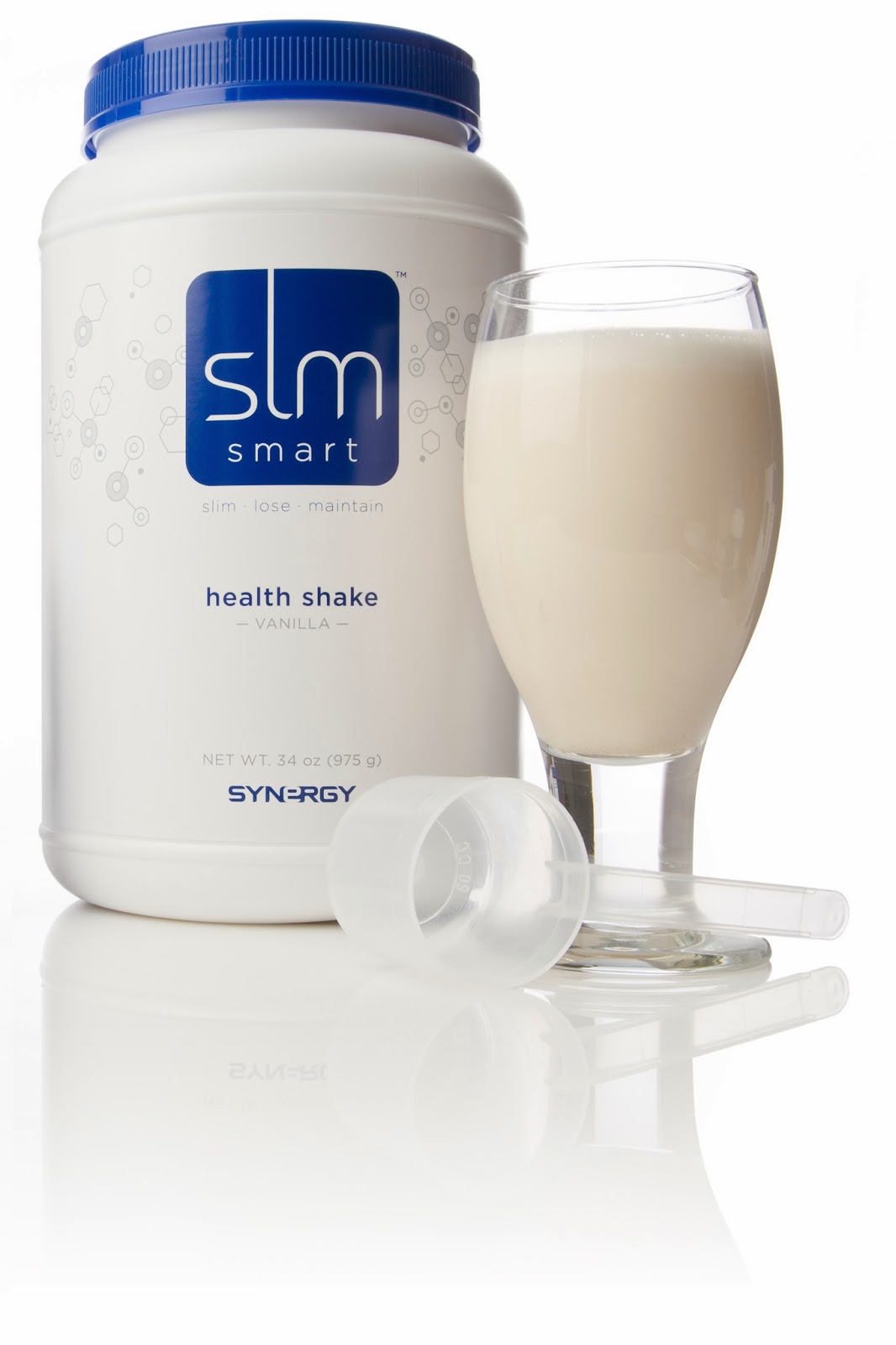 Mike Kentrolis had lost over 65 pounds! Steve Eastman has lost 90 so far! Jill Carlson began the challenge in April and had lost 43.5 pounds! Sandra Vincent lost 28, and Kalynn Smestad (who wow’ed the BBC crowd with a beautiful vocal solo) has lost 35 so far! Dan Higginson handed each of them $200 dollars from his winnings to thank them for sharing their success.

SLMsmart Success
The SLMsmart product line is based on proven science and is simple to make a part of your life. Synergy encourages anyone who wants to effectively manage their weight to put SLMsmart to the test.

Dan and Dan were able to lose plenty of fat by simply replacing many of their regular breakfasts with Health Shake. Occasionally they would substitute a lunch with Health Shake as well. Dan Higginson found more success than Dan Norman by incorporating exercise into his daily routine (exercise is always a smart decision and is strongly encouraged by the SLMsmart formulators) and staying away from sugary snacks.

Every person that entered the Smart Switch Challenge saw weight loss and other fantastic benefits by regularly switching their breakfasts and/or lunches to Health Shake. Those that made that switch and also chose to exercise and skip unhealthy snacks saw the best results. You can achieve whatever weight-management goals you set your mind to. Let SLMsmart give you the power to do it right and to make it simple.

For more information about how you can see results with the help of these products, visit SLMsmart.com.