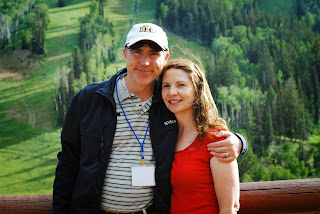 Team Manager Brent Burnett has been one of 2013’s most consistent business builders here in North America. His passion for the Synergy opportunity and the art of network marketing is reflected in his ongoing list of accomplishments. He is currently qualified to be taken to Cancun on Synergy’s dime. He was awarded $1500 toward his trip to Korea for the Global Summit, which he attended and enjoyed very much. He has maximized his bonuses on the Elite Track several times, earning thousands of extra dollars on top of his commissions. He advanced to the rank of Team Manager and was therefore invited to attend the 2013 Leadership Academy in Park City along with his wife Charlene. He wins monthly prizes, he is focused on his Team, and he shares the Synergy Advantage wherever he goes.

While interviewing Brent, it quickly became apparent that he is an exemplary student. His retention of the trainings from the various events of this year was remarkable. You can tell he internalizes the things he learns and puts them into practice, which explains why he’s been able to rack up points in the Top 50 Challenge, advance his rank and successfully increase his income.

Ever willing to learn and ever willing to share his knowledge, Brent was good enough to give us some of his time and share the following advice and experiences:

“I’m in the business to help people get what they want. What do we all have in common? We’re all living, we want to say healthy or get healthy. With Synergy, we have a wonderful product that creates a baseline to put people in the right direction. Some people are going fast but they are moving in the wrong direction, so we have an opportunity to coach people and help them be successful.

What He Learned in Korea 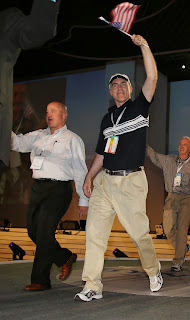 “What I learned in Korea, based on what was being trained on, is how we lead. One of the things that they’ve found is that sales spike and drop based upon what we lead with when talking to people. When they use personal experiences, along with the benefits of the products, and turn that into the story, people want to talk.

I love Dan Higginson because he has a great personal experience, a great story about how he went through his own health and founded the company, why he founded the company, and the principles at Covey. People relate to that story. People say ‘yeah, that’s really neat,’ then they start to personalize that and create their own story and build off of that. And as people use these tools that Dan and Nature’s Sunshine have put together, they start to find great value in what we’re selling. They’re not going to ask why we charge a certain dollar amount for our product. Instead, they turn around and say, and this is the cool part, ‘oh, I thought that was expensive, but no, that’s actually really cheap! That’s a good deal!’ But they have to find the value. They have to relate to it, so we have to open our mouths.”

“We may have some of the best products in the world, but it doesn’t mean much if you don’t know how to connect and network. So, in our profession, we have to really, truly learn to open our mouths, to have the courage to open our mouths and be willing to invite people. That’s not necessarily hard to do but there’s this fear that overcomes people so they don’t want to talk to somebody. They don’t even want to say hi or smile.

I think success breeds success. It inspires others around them. When people open their mouth things happen. If you want to create an opportunity, you’ve got to be willing to open your mouth.”

“You also have to be aware of when you need to say ‘next.’ That four-letter magic word. Some times people just aren’t ready. There are good people out there, sometimes you have to just plant the seed and move on. Then maybe they’ll call you.”

On Winning the Top 50 Challenge Monthly Prizes and Korea Cash

“I think the Top 50 and the top 10 monthly prizes are wonderful programs that somebody cleverly came up with and put together. Same thing with the many other bonus and incentive programs that go along with our Mega Match compensation program. They are well thought out and well designed to incentivize, reward, exalt and recognize people for their hard work.”

“That was a great event for me and my spouse. That was her very first corporate event which was very nice because my spouse usually doesn’t get to be involved with my clients and business affairs. So that was a great opportunity for her to meet some of the associates and people that work behind the scenes and catch the spirit of it. 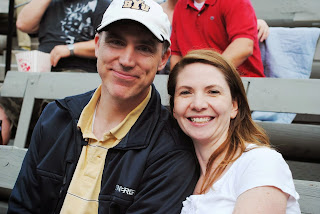 Seeing the other wonderful people there, you saw how many doctors and physicians and practitioners we had up at Park City. You don’t see that in network marketing. You just don’t see it. So we’ve been able to build, not only in the company but even on our team, many highly-qualified practitioners that use ProArgi-9+ as a protocol for a practice that helps patients, and that use it personally for their own health, wellness and fitness programs. It’s such a very useful tool in enhancing our lives.

So, Park City was great, just to go up there and get to meet people. A really neat opportunity to get acquainted on that personal level. A fantastic setting. A way to reshape our thinking and how we approach the business.”

On Going to Cancun.

“Cancun is an awesome thing. It gives us an awesome time to take our spouses which, generally, it’s good for them to participate. Just like park city. Getting pre-qualified is the first part. Staying qualified is the other. Obviously, if I were to stop, the other 26 people could certainly work hard and surpass me and my spot.”

On Going to Cancun.

“Cancun is an awesome thing. It gives us an awesome time to take our spouses which, generally, it’s good for them to participate. Just like park city. Getting pre-qualified is the first part. Staying qualified is the other. Obviously, if I were to stop, the other 26 people could certainly work hard and surpass me and my spot.”

On His Mentor and Sponsor, Bill Styles


“One thing that has really helped in our success has been my team leader, Bill Styles. There have been many people, whether on my team, or on their team, and even teams outside of his team, that he’s really gone to bat for and helped in many, many ways.”
Favorite Part of His Trip to the Global Summit in Korea

“My favorite part of Korea was actually being able to get over there and do the things that I did not expect I’d be able to do. Usually you get so busy doing business, you don’t get the fun. I ended up having plenty of fun.

Howie was awesome. Howie brings a special energy. Everyone had their own thing that they were learning there. It was neat to spend time with Joy and Richard [Matwyshen], with Paul McGarry, and of course Bill [Styles]… we just had a good old time. It was fun.

There were some very, very good things that were suggested. I thought Mark Comer, the Hwang brothers, they shared some very key points in terms of direction and speed.

It was a spectacular event. It was one of the biggest, if not the biggest in Synergy history. We did a big, huge global flag ceremony like the Olympics, just to unite and bring people together and create that atmosphere. That was so good.”

“I’m going to use a statement from Rudy Pedroza that I really like, though he phrases it a little differently: You need to ask questions that help you find the pain. What is the pain? Whether it be loss of job, being furloughed… I saw that happen lots with the government being shut down recently. People that are older, or even those that are younger experiencing health problems… without asking questions you never really know what to offer them. It’s a needle in a haystack. You’re just throwing out ideas trying to sell them something, hoping they buy based on me and my reputation.

Instead we need to work much more like the practitioners work, which is diagnose, ask questions. Then you can find out where the pain is. Then you can actually recommend the proper solution, opportunity or product. We have great products, but if we lead by talking about them then we’re missing a real opportunity to lead.”

Thank you to Brent Burnett for sharing his experiences and advice. We hope that these words can help the other Synergy Team Members looking to achieve their own success.

Remember, there are still two months left in this year, just enough time to qualify for Cancun, earn extra money on the Elite track, Double your Fast Start Bonuses and take the steps toward leaving a legacy.