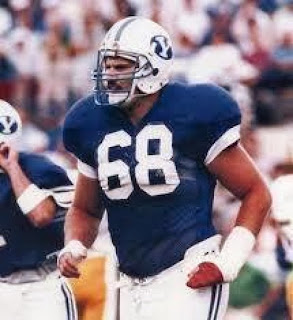 A few days ago, KSL News of Salt Lake reported on a local high school football coach who nearly lost his life due to heart problems. Mr. John Hunter, a former NFL athlete, spent 11 days in a coma, having to be brought back to life three different times. He woke up and started on a road to recovery, successful so far thanks to medical professionals, a supportive community, and what John describes as “miracles.”

“I’m glad to be here,” John told Synergy in an interview conducted earlier today. “I’m about to celebrate my ninth wedding anniversary with my wife, and she is tickled to death that I’m here to celebrate it with her.”

>>See the KSL News video coverage of John’s story below.

Recently, while working to recover and resurrect his health, John was approached by a caring friend, Synergy Team Member Jason Buck. Knowing the power of ProArgi-9+, Jason insisted that his friend begin regularly drinking ProArgi-9+ as part of his vital recovery.

“The month I got home [from the hospital],” said John, “Jason kept feeding [ProArgi-9+] to me, saying ‘I love ya buddy, just want you to take care of this. I believe in this product.’ So I started doing what he told me, he kept having me take it, and I kept at it.”

Happily, John reported “I do notice a difference. I’m not sure how it all works, but this makes a difference.” 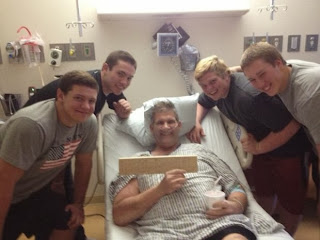 “Put it this way,” he continued. “My ejection fraction, which is the amount of blood my heart pumps per beat, was dangerously low. A normal ejection fraction is between 50 to 70%. When I started [his crisis, resulting in weeks in the hospital], I was at 10 to 15%, which means I was dying. Well, in the hospital I got up to 30 to 35%. Now, after taking all this ProArgi-9+, last week I had another echocardiogram, and the doctor called and said ‘we don’t know what the h*** you are doing, but whatever it is, keep doing it. You’re at 50-55%.”

John then explained that his initial thought was that the medications he had been prescribed were the cause of his wonderful improvement, but when asked, his doctors told him that couldn’t be the case, as he had not yet been prescribed the kind of medication that would produce those results.

The community here in Utah Valley, along with all of us here at Synergy WorldWide, is grateful for John’s remarkable recovery so far. We wish him and his wife a happy upcoming anniversary and we look forward to more great news as he continues to work towards a long, healthy life.