Mylo Berstad of Saskatchewan, Canada is no stranger to hard work. In fact, he developed a strong work ethic early in his life, working as a dairy farmer for over 17 years. “We milked 110 [cows each day],” said Berstad, “so they were long days.” He then explored his talent for sales and business, selling investments until age 40. Now, he has a small business selling semi tires and spends the rest of his time sharing the Synergy Advantage with as many people as he can.

Berstad was introduced to ProArgi-9+ by friend and fellow Canadian Ben Moosman. “I was at an Agribition farm show in this province. I was down there selling semi tires at the show. I took a break and went around; I saw Ben there and started talking to him. I got interested in the product just from what he had told me about what it had done for him. I was looking [for things that could help with] controlling my high blood pressure– that was the reason I purchased my first two cans from him.”

BENEFITING FROM THE PRODUCT

At the Agribition show, Berstad took his first scoop of ProArgi-9+ and noticed right away that his ability to breathe while carrying suitcases up stairs seemed to be enhanced. “I thought: ‘No, that can’t be from that stuff.’ But anyhow, that was the very first thing that I felt.”

Berstad’s next experience with the product happened in December of 2012. He had been dealing with health issues and an injury for quite some time. After only three days of taking ProArgi-9+, he started experiencing a variety of remarkable benefits. He was amazed. “That’s when I got very excited about this product.”

This excitement led Berstad to start a daily routine of two scoops of ProArgi-9+. “After a month my feet warmed up, which I was both totally amazed and scared at because I hadn’t realized they had gone cold. I thought a person would know that but I didn’t know that. So that got me very excited and saying ‘Ben never lied to me!’ So, at that point in time I phoned Ben and signed up to start marketing Synergy because I was very excited about the product.”

Over time, Berstad continued to enjoy the benefits of ProArgi-9+ more and more. Working with his doctors and pharmacists he was able to dramatically decrease his prescriptions “I am very, very thrilled with this product, and that helps sales of course.”

“For me it was just a total miracle. This has been a miracle for me to change my health around.”

“I have around 100 people that are sponsored now and the majority, in the high 90’s, has had great results.  I share my own experience with the product and invite others to give it a try. ”

ON BEING ONE OF THE TOP 50 CHALLENGE LEADERS

Many Synergy Team Members have started seeing the name “Mylo Berstad” appear high up on recognition lists and the Top 50 Challenge Leaderboards. At the time of this interview, he had just achieved the rank of Team Leader. He was North America’s top recruiter in July by far. He was the second highest point earner in July, third for June, and second in May. Currently, he is in 5th place overall.

“I get another iPad, and I’ve won the [cash for] Korea, which is totally awesome. I get to meet the leaders of the company and I get to learn how the good marketers do it.”

Though it appears that Berstad should already consider himself to be a “good marketer,” his desire to continue learning and growing is one of the keys to his success. “My wife and I are going to the Open House/Gold Camp weekend in September. We want to tour the facility near Salt Lake. Then we’re driving back to Saskatchewan and I’m catching a plane and flying to Korea. I think the main [goal] is to meet the players, understand how they market, learning the ropes from them as to what the best way to building this in the future is.” 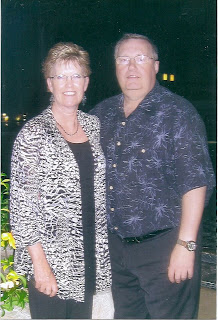 ON THE SYNERGY ADVANTAGE

“I believe we have a win-win situation, where I can help people and at the same time get paid for it. You can’t find a better job than that.

My doctor and my pharmacist are both on the product now. They have watched what’s happened. My doctor said that he has never seen a product increase health this well.”

“Don’t let anybody take the wind out of your sails. You are going to get a lot of ‘no’s’ but that just means you are closer to the next ‘yes.’ So when someone turns you down, you can’t help everybody. Not everybody is interested. Just move on to the next person and you’ll get your next ‘yes.’”

We at Synergy are grateful to have Mylo Berstad on our Team, representing the company so well in Saskatchewan and abroad. We hope that he continues to enjoy his ever-improving health and the greatest of business success.